With the Arab Spring, in particular evident in Egypt, leading to increasing agressivity towards Israel, could the following prophecy be imminent: “therefore, behold, I am against you and against your rivers, and I will make the land of Egypt an utter waste and desolation, from Migdol to Syene and even to the border of Ethiopia. A man’s foot will not pass through it, and the foot of a beast will not pass through it, and it will not be inhabited for forty years.” Ezekiel 29:10-11. This fits the modern scene perfectly since Migdol1 is near the mouth of the Nile, and Syene is at the Aswan High Dam2. If the dam were breached with atomic weapons, a gigantic flood would result since the lake is deep and covers 2030 square miles. Virtually all of inhabited Egypt is in the Nile river valley, so would all be destroyed, and the radioactive contamination would not dissipate to a safe level for 40 years. There would also be damage upriver to the end of the lake at the border with Ethiopia3. 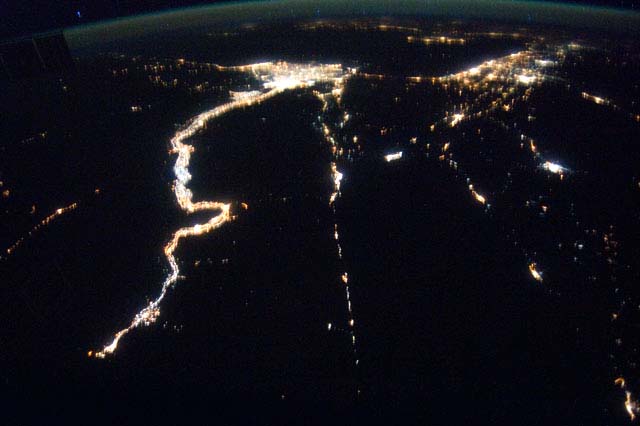 “I will abandon you to the wilderness, you and all the fish of your rivers; You will fall on the open field; you will not be brought together or gathered. I have given you for food to the beasts of the earth and to the birds of the sky.” Ezekiel 29:5.  Only a great flood could cast the fish out into the desert, along with the people, and many will die there of drowning, thirst and starvation.

With the current conflicts in Syria, it appears the following prophecy could also be imminent: “The oracle concerning Damascus. ‘Behold, Damascus is about to be removed from being a city. And will become a fallen ruin. The cities of Aroer [the cities thereof4] are forsaken; They will be for flocks to lie down in, And there will be no one to frighten them.” Isaiah 17:1-2.  Atomic destruction is indicated, since 1) animals do not understand the dangers of radioactivity, 2) the nations that gather “… shall flee far off” Isaiah 17:13, and 3) the destruction is overnight: “At eventide, behold, terror; and before the morning they are not.” Isaiah 17:14. Not so long ago in World War II, it took many days of conventional bombing to destroy a city.

Since both horrible events seem to involve atomic weapons, and since all recent wars against Israel have involved the surrounding nations attacking in unison, it seems likely that both events would be part of the same war, and probably almost simultaneous.  Further, this seems to be prophesied: “They [the nations surrounding Israel] have said, ‘Come, and let us wipe them out as a nation, That the name of Israel be remembered no more.’  For they have conspired together with one mind …” Psalms 83:4-5

Isaiah 17 also predicts severe damage to Israel:  “Now in that day the glory of Jacob will fade, And the fatness of his flesh will become lean. It will be even like the reaper gathering the standing grain, … Yet gleanings will be left in it …” Isaiah 17:4-5. So, there would be left just a few small areas in Israel not seriously damaged by the tens of thousands of missiles now in the hands of the surrounding Arabs. But we know Israel will not be destroyed and thrown out of their land as the Arabs have sworn to do: “’Also I will restore the captivity of My people Israel, And they will rebuild the ruined cities and live in them; They will also plant vineyards and drink their wine, And make gardens and eat their fruit. I will also plant them on their land, And they will not again be rooted out from their land Which I have given them,’ Says the Lord your God.” Amos 9:14-15.

So, it looks like Israel will be at the point of defeat, and in desperation would use atomic weapons to defeat the Syrians and Egyptians, and might well destroy other invading armies with neutron bombs5,6 As a result of such a massive defeat, the Arabs would cease all hostilities, as would any conquered foe. This explains how all the Israelis could then live in peace and safety for a time as prophesied for later in Ezekiel 38-39, and this scenario explains how it could happen quickly.

This will certainly frighten the whole world, but in particular those wishing to destroy Israel. I would expect them everywhere to become become very sad and depressed, and to become very much less aggressive than they are now.  I would expect all this would make them and everyone else much more receptive to the Gospel of Jesus Christ.  Christians should be ready for that opportunity.

P.S.  My first thoughts were that this seemed imminent and would probably happen before the Rapture, and possibly the Muslim uprisings will be God’s way of forcing Christians away from the danger zone.  But if not, would God destroy the many righteous Egyptian Christians along with the unrighteous?  All we can say for certain is that it will happen sometime in the future because God has prophesied it.

August 2013:  We may now have a clearer answer to the previous paragraph with the new crisis in Egypt.  Persecution of Christians has now increased very much, and maybe God will use that to drive all the Christians out of Egypt before the destruction, so that they will not be destroyed along with the wicked.

All this is generally very bad news, but there can be good news for you personally: “And it shall be, that whosoever shall call on the name of the Lord shall be saved.” (Acts 2:21). “For God so loved the world, that he gave his only begotten Son, that whosoever believeth on him should not perish, but have eternal life.” (John 3:16).

This entry was posted in End Times, End-Times. Bookmark the permalink.

© 2011-2020 Harbingers of the Apocalpyse All Rights Reserved